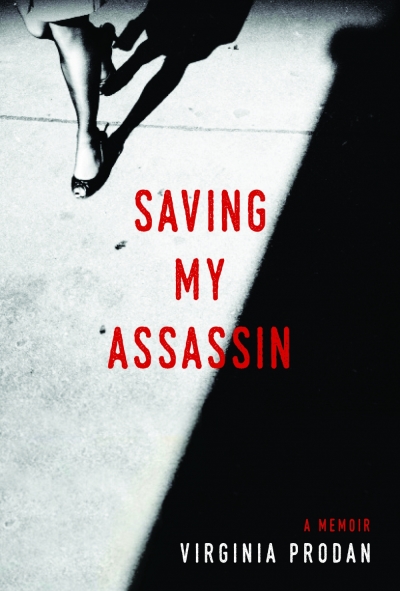 While Christians throughout the world could tell similar stories of God’s redemptive powers in the worst of circumstances, few could so giftedly weave the details into a page-turner like Virginia Prodan has done in Saving My Assassin.

Ms. Prodan’s memoir opens with a gripping cliffhanger, and then goes back in time to her childhood in Romania, describing her unjust treatment in the home in which she grew up and never fit in. Instead of crushing her spirit, her abuse deepened her desire to work for justice in an unjust world.

Outside of her home, her world was no kinder. Ms. Prodan does a wonderful job weaving personal stories throughout her memoir of what it was like to live under the Communist dictatorship of Nicolae Ceausescu during the 1970s and 1980s.

Both her home and civic life propelled Ms. Prodan on a lifelong quest for answers, truth and justice. When she finally meets a relative who takes her in during her university studies and law school, she feels loved for the first time.

Though she grew up going to church and being labeled by the government as a Christian, she became a believer as an adult. There is a marked change in her life reflected in the pages of this work, because she begins to tell how God leads her through her career to use her innate gifts, talents and strengths for his glory and to help those in need. The beginning of the book reflects a child and young adult with only unanswered questions about her purpose in life; yet after she accepts Christ, woven throughout this memoir are Psalms and other Scripture with which she comforted herself in times of trouble, despair and danger.

It is inspiring to read how this diminutive, 90-pound “David” faced the “Goliath” Ceausescu judiciary to fight for basic human rights, mostly for other Christians. This is a story of triumph and how again and again, God sustained her very life as she took on a corrupt judicial system in which Ceausescu’s secret police, the Securitate, operated with impunity.

“The entire reason I had become an attorney was to discover and fight for the truth. Now that I had found the ultimate truth, I had no intention of backing down — no matter the cost,” she writes.

Painted throughout this memoir are details of how corrupt Romania was during Ceausescu’s rule. Ms. Prodan writes: “During the totalitarian regime of Nicolae Ceausescu, the most brutal and repressive regime — event by Soviet bloc standards — Communist Romania was a land of lies.”

The anecdotal history lessons woven throughout the book paint a grim but accurate picture of what life was like for those living under his rule.

The Securitate could search anyone, anywhere, at any time. No one was safe, as Ms. Prodan learned time and again as she witnessed neighbors being dragged off, never to be seen again.

“All that was necessary was to say the wrong thing at the wrong time in front of the wrong people. And here I was, taking that government to court. I was standing before judges and prosecutors and arguing against the government’s policy of condemning churches in order to build more edifices for the glory of Nicolae Ceausescu and his ‘golden age’ of Communism.”

While I found it slightly annoying that some questions remain unanswered about her life as you read, Ms. Prodan does not disappoint by providing a Q&A at the end. This book is a reassuring testament of God’s faithfulness, proven from its first pages as we realize Ms. Prodan should not be alive to tell her tale.

With a beautiful twist at the end that only God could orchestrate, “Saving My Assassin” is a must-read for any person of faith, encouraging perseverance through trials and courage to step out in faith and trust God.